After being claimed this filly presented with a intermittent, non-productive cough that shortly thereafter developed a mucopurulent exudate. She was examined endoscope by Dr. Keith Latson, and found to have a UDSP with a large, deep, angry ulcer in the mucosa lying ventral lateral to the Epiglottis, with much tissue proliferation around the edges. She was treated with systemic antibiotics and a combination throat flush with antibiotics, steroids, & DMSO for several weeks to no avail. Surgery was considered but quickly discarded as not being an option.

Her future for continued heavy race training was poor at this time and a prolonged turnout was considered to allow the lesion to heal.

This filly was again examined by endoscope by Dr. Latson, and digital copies of the lesion were taken on Oct 1, 2012 (Fig #1.) for a baseline to assess the treatment protocol that was instituted on Oct 2, 2012.

The treatment consisted of nebulization with the FLEXINEB™ device, and a solution of BIOEQUALIZER™, and a patented 30ppm SILVER SOL ™ solution three days per week at 48 hour intervals. Additionally, she was nebulized on the other days with the 30ppm SILVER SOL™ solution only.

The throat was also flushed every afternoon with10-15 cc of the 30ppm SILVER SOL™ solution, with nothing else being added to the flush. No other systemic antibiotics or medications were used for the duration of the treatment period.

This treatment protocol was continued for 15 days and she was examined with an endoscope by Dr. Latson on Oct 17, 2012, the sixteenth (16th) day after initiation of treatment (Fig. #2 ).

After three days of treatment the patient coughed very rarely. Initially, she was very lethargic and very amenable to the treatment regimen. After the first week she was visibly feeling better and eyes were more alert and she was more active in moving around during the treatment period. Her breathing also became deeper with more lung expansion and more complete evacuation of the vapor chamber.

The exciting results were realized upon the second endoscope examination as shown by Figure #2, where the original lesion is essentially healed, with all the rough edges smooth and the only evidence of the ulcer is a thin area of epithelialization that will continue to heal. The treatment protocol will be continued for an additional week and depending on the third endoscope examination a maintenance protocol will be instituted until complete healing and recovery are realized.

She has also resumed light training by ponying each morning approximately 5/8 to1 mile per day. She has had no coughing episodes since she has resumed training.

The prognosis for return to full race training is excellent.

After a two week period of time, the photos in Fig. #1 & #2, reveal this raging, ulcerated area of Pharyngeal mucosa to be completely free of inflammation and exudate as a result of this new treatment protocol.
Additionally, the healing is sufficient that all previous symptoms of coughing has ceased, and light training was resumed.

This will be continued until it is no longer necessary. 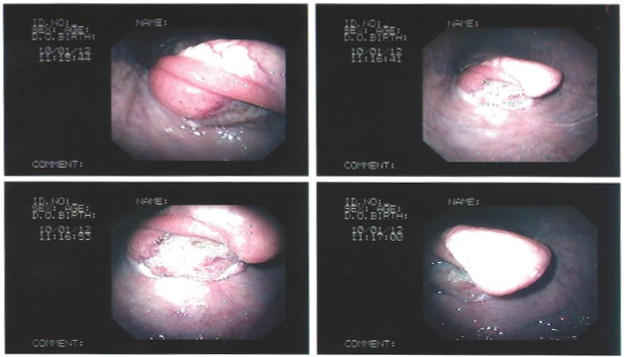 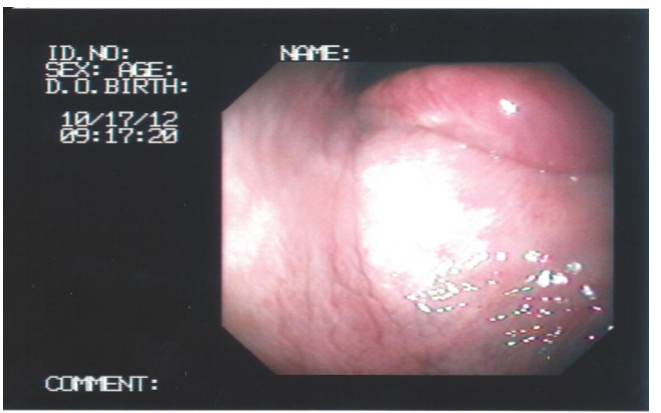 Stay Updated with Our Latest Additions